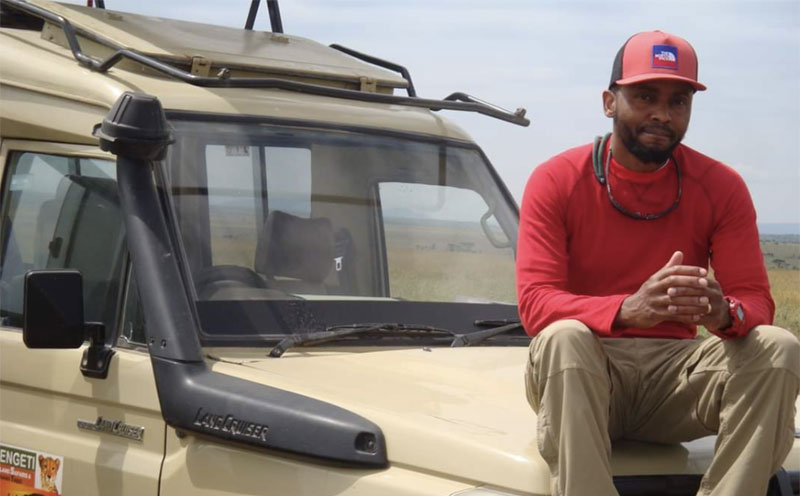 Allan was born and raised in Arusha, Tanzania, where his family is a Maasai Tribe, one of the most fascinating tribes in East Africa. He grew up in a big family of nine siblings.

Having grown up in Arusha, Allan Njamakuya became interested in becoming a tour leader someday. After graduating from high school, he landed a job as a porter/sherpa for one of the biggest tour companies in Arusha. He soon became a tour guide and has since guided various trips on Safari, Mount Kilimanjaro, and Mount Meru.

Allan attended Mweka College, the biggest college in Africa for wildlife management programs where he received a certificate in wildlife management. He continued to take English courses in the off season. It was on one of these expeditions that Allan met an American family who offered to sponsor him to come to the United States and continue his education. 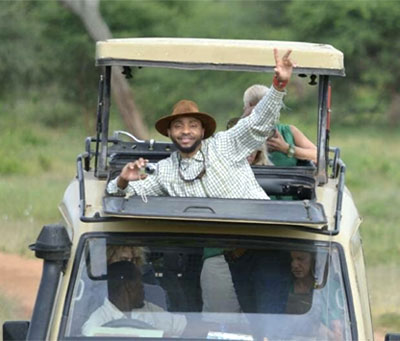 Allan moved to New Hampshire to live with his American family. He attended NHTI, completed his program in Travel & Tourism and earned his degree in Science and Travel and Tourism. Allan worked at EMS and also volunteered at the McAuliffe-Shepard Discovery Center. He lived with his American family for over 8 years before moving to Massachusetts where he worked at L.L.BEAN as a camping and footwear associate.

Allan has hiked many of the presidential peaks in the White Mountains of New Hampshire, including Mount Washington.

To increase his knowledge of the outdoors and high altitude health and safety, Allan has taken wilderness first aid classes in Maine (organized by NOLS). He received his certification in First Aid and CPR and has become proficient in understanding the symptoms, treatment and prevention of wilderness altitude-related-illnesses as well as mountain high-altitude-sickness.

All of our Serengeti Safaris & Kilimanjaro Treks are guided and organized by Allan.

He has extensive knowledge about birds and the "BIG FIVE" animals (Lion, Leopard, Elephant, Rhino and Buffalo). Allan and his team look forward to guiding you and sharing their vast knowledge of Tanzania, Mount Kilimanjaro, Ngorongoro Crater, Manyara, Tarangire, Arusha and Serengeti National Parks. In addition, they can point you in the right direction to help you personalize your vacation and get the most out of your free time! They will guide and help you organize the trip of your lifetime.

How to prepare for your Tanzania Africa Trip. 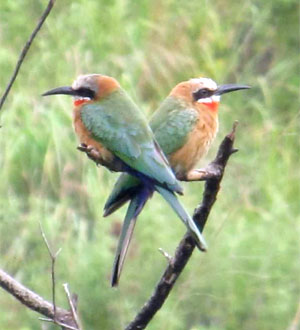 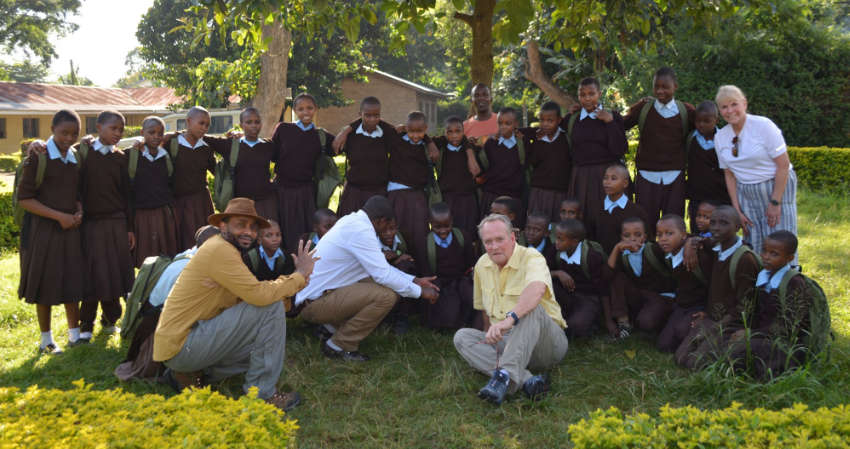 Our clients are shown here donating backpacks to a school in Tanzania. We give back to local African communities. 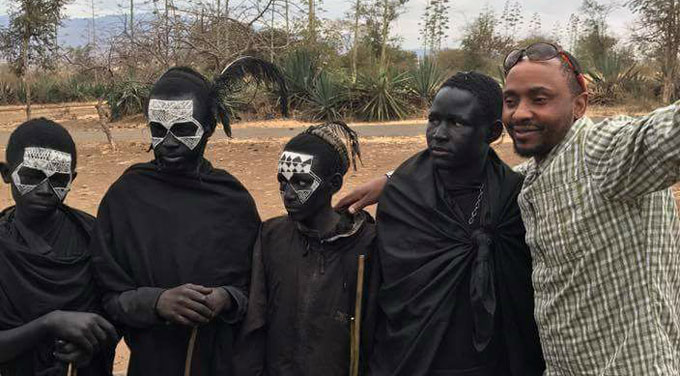 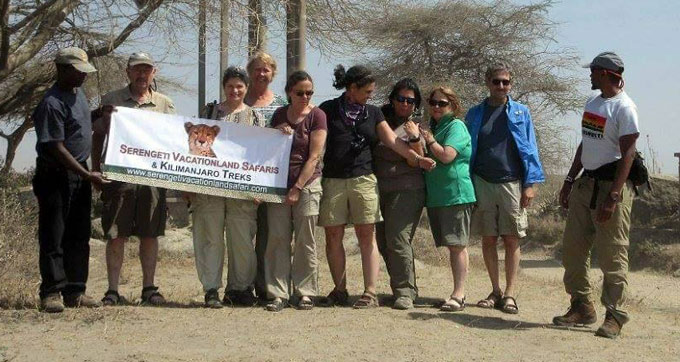